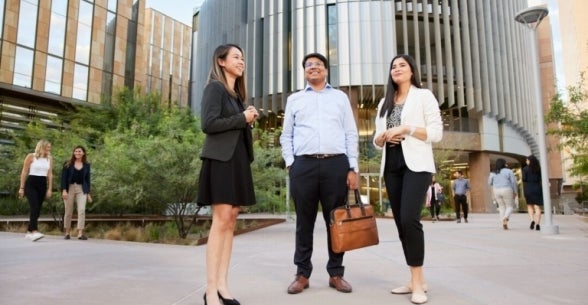 Founder’s Day April 8, 2018, the anniversary of Thunderbird School’s official charter, was meant to be a celebration. Arizona State University President Michael Crow was there. So was Phoenix mayor, then councilwoman, Kate Gallego. There were podiums, banners, and a crowd of alumni, students, and faculty waiting to hear from the school’s new dean.

The site was carefully chosen: an empty lot on the ASU campus that would one day house the school’s gleaming new headquarters. It was a symbol of new beginnings for a school that had fallen from a once lofty perch.