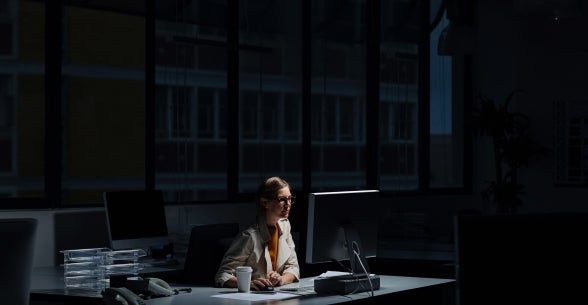 By Rebeca Hwang and Sebastian Campanario

In episodes 18 and 19 of the fifth season of Seinfeld, the most successful comedy show in history, there is a character played by Judge Reinhold, a “close talker”, who drives the other characters totally crazy. He stands inches from them, and they can feel his breathing and smell his breath. Seinfeld detests him.

If the “close talker” had to reenter the labor market after the quarantine, he would have issues with his employers. Beyond the funny talk, there are “less conventional” characteristics that in the past companies did not consider important when assessing work profiles and which now, due to Coronavirus, have become relevant.

Lately, dozens of reports have been published from consultants and human resource experts, exploring the new skills that will be valued after the pandemic.  Most of these variables will seem obvious: adaptability, flexibility and familiarity with technology, creativity and innovation (to reinvent businesses), critical thinking,  (to avoid chasing after rumors or fake news, knowledge of programming (to keep teams engaged remotely), emotional intelligence (to handle mental health challenges resulting from this pandemic) and predisposition to continuous learning.

But other attributes appear as secondary level effects, or maybe touching several bands. In this new redefinition of our labor identity, issues such as experience, college degrees, age or gender will not have the same weight and a new group of attributes or portfolio previously ignored will arise. One of the most important will be the “virus free” certificate resulting from tests or antibodies (more important in the second case).

There are already concerns regarding the possibility that certain algorithms could discriminate against vulnerable groups, even more than when they were going against gender or age. For example, in a profile prepared by a computer, the risk could increase if a candidate resides in a poor neighborhood (more vulnerable to contagious), or is a member of a large family responsible for seniors or members with disabilities. Such assessment would increase the gap against workers with lower income.

Both governments and private companies will need to implement more strict and separated work shifts in order to decompress density in public transportation. For example, this week, new well-supported studies were released in New York showing the role that the subway had in the explosion of contagion.  In offices, it will create another relevant requirement for the new labor identity: learning who are the “owls” and the “larks”, to determine who could be more productive at night or in the morning. Soon work searches could specify “Looking for employee free from Coronavirus, owl”.

The chronotype (morning or evening person) is the result of the interaction between two components: our genetics, (our DNA) and what is imposed by society. According to Diego Golombek, biologist and specialist in chronobiology, this is especially relevant when speaking about a social jet lag. The most common way to measure it is with polls, which provide accurate results when provided with large numbers. This must be complemented with more accurate measurements of actimetry (such as with intelligent clocks) or more specifically by measurement of the biologic variables (when the melatonin or cortisol peak occur, or even body temperature, which relates strongly to the chronotype).

With regards to work shifts, this is fundamental. If it were possible to choose work according to the internal clock, this would be beneficial not only to companies, but also for employees“ adds Golombek. There are tests available that support this. “If we go back to a time-staggered return to work it will be necessary to take into account social preferences as well as the chronological factor,” according to the director of the collection Ciencia que Ladra, from Siglo XXI.

At the senior management level, human resources specialist and collaborator of LA NACION, Andres Hatum believes that “many of today’s leaders will not be able to face what is coming due to lack of preparation.” A well-known McKinsey article concluded that there are four levels of uncertainty: Level three, extremely high, does not allow to distinguish scenarios, but some types of future uncertainties could be spotted. At the fourth level that is impossible, but in a few months that is where we will find ourselves. In Argentina, managers are used to handle short term crisis with medium term alternatives.  But this is different, this is short term mega crisis with absolute long-term uncertainty. It is as if instead of a black swan a large flow of them appeared with a crisis the size of a mammoth. According to Hamut, “the whole zoo”.

With regards to the qualifications for the labor market, such a high level of uncertainty implies distributing the risks among different “identities”. It is no long just about the diverting from one path to another, but the need to evolve to a portfolio of skills, of reinvention with multiplicity, or iterative, opting for different options to find the one that works better. In the past, this was considered counterproductive because it did not bet everything on a “passion” or a single path.

In addition to owls, larks and mammoth swans, above, there are other metaphors in the animal world that can be used to describe this scenario.

One is a recent phenomenon never seen before in Australia when researchers at the University of Sydney observed a type of lizard that could deliver live spring and lay eggs at the same time. This is an event never seem before in a reptile. The siphos equalir (its name) up until recently had delivered live spring and laid eggs but in different climates and locations. In this case the lizard did both at the same time, as if the extreme uncertainty would force it to develop two simultaneous and similar skills.

Fernanado Zereboni, professor at San Andres University offered another interesting metaphor during a meeting held at the Instituto Baikal. He referenced the phenomenon of the “exaptation” which is defined as the structure of an organization that originally evolved as a characteristic that allows adaptation and that once it is consolidated becomes used and perfected towards a new purpose, completely different from the original purpose.  This happens when there is a complete change of context.

The best-known example of the “exaptation” is that of the dinosaur (therapods) feathers, which were originally used for sexual attraction and to maintain the temperature of the body. Its use as a flying structure began later and it gave the current dinosaurs, the birds, the option to survive.

Biology appears to be the best prism through which to describe the current chaotic economic jungle, in which complex system will rule the day.