All businesses these days are looking for new ways to differentiate: new ways to offer customers something of value, something unique. Sometimes that search leads them to new technologies, sometimes to fine-tuning old ideas. And almost always, as companies grow, the road to success sends them to new corners of the world.
Global Mindset
Global Business
Corporate Social Responsibility

All businesses these days are looking for new ways to differentiate: new ways to offer customers something of value, something unique. Sometimes that search leads them to new technologies, sometimes to fine-tuning old ideas. And almost always, as companies grow, the road to success sends them to new corners of the world.

How successful companies are at exploiting those global opportunities depends on how well they understand the difference between local, regional, and global interests, needs, and customs. Success is dependent on managers having a global, or international, mindset, as well as the networks and connections needed to leverage these mindsets at the organizational level. In short, global success depends upon building trust across cultural settings – across borders.

“Business negotiations are always delicate ­even when the parties are sitting across the table and are from the same culture.” – Click to Tweet

There are many ways cross-cultural negotiations can derail. While there's no single ‘right’ way to overcome cultural differences in negotiations, here are some tips to keep in mind.

It’s fairly common when confronting cultural differences for people to rely on stereotypes. Often pejorative and always broad generalizations (for example: Chinese are diligent, Americans are innovative, and Italians are expressive), stereotypes lead to distorted expectations of your counterpart in a negotiation.

Instead, rely on prototypes: people who represent cultural averages or typical qualities of behavior and values. Prototypes represent the essential features of a culture – though, of course, real individuals vary widely in the degree to which they adopt their cultures norms.

“The basis of successful international negotiations begins with an understanding that negotiations are a conversation aimed at reaching an agreement. And different cultures reach agreements in different ways.” – Click to Tweet

It is commonly understood that Japanese negotiators tend to have more silent periods than, say, Brazilians. Yet, there is a great deal of variability in cultures and some Brazilian negotiators will speak less than some Japanese do. It would be unwise to expect a Japanese businessperson you have never met to be reserved.

Negotiators from different cultures may tend to view the purpose of a negotiation differently. In some markets, your counterparts may be looking just for a contract. In others, they might be looking for a long-term relationship.

In a survey of over 400 people from 12 nationalities, a Tufts University professor found that 74% of business negotiators from Spain said their goal in negotiation was a contract; only 33% of the Indian executives had a similar view.

When General Motors was courting Shanghai Auto in 1995, CEO John F. Smith made three trips to Beijing to meet with Chinese executives. Smith’s investment of time and attention was well worthwhile; to this day, GM cars dominate the Chinese market. The number of visits was important, and the status or rank of the negotiator is critical for success and establishing a long-term relationship.

Cognitive-based trust is based on the confidence you feel in another person's accomplishments, skills, and reliability. It’s trust from the head. In contrast, affective-based trust arises from feelings of emotional closeness, empathy, or friendship.

Cognitive trust is task-based. The United States is a good example of this type of trust. In America, getting too emotionally close to a business counterpart is seen as unprofessional.

Affective trust is relationship-based. It arises from the feelings of closeness that develop gradually – such as by sharing meals and coffee breaks. In China, negotiators are unlikely to trust their counterparts until an effective connection has been made.

Karl Morel, an acquisitions expert from Nestlé, became frustrated while in Shanghai to explore working with a company that made Chinese delicacies. Initial meetings with eight negotiators baffled him. Morel and his team were friendly and tried to provide all the details the Chinese wanted, but negotiations weren't going anywhere. A talk with a Chinese business consultant helped Morel and his team understand how they should adjust their approach. The Chinese negotiators needed to develop a relationship with the Americans. Morel and his team were advised to forget about the deal for a while, go out and have some fun. Negotiations wouldn't go anywhere until the Chinese executives developed guanxi with them – that is, a relationship that may benefit both parties.

East meets West vs. merging of many cultures

History, in addition to geography, plays a big role in business culture. A country's culture is built over time, created by centuries (or even millennia) of political and social-economic influences. History is always present.

“A country's culture is built over time and created by centuries of political and social-economic influences. History is always present.” – Click to Tweet

Take Spain, China, and Australia, for instance. You might think Australia and Spain would be very similar since they are both Western countries and China would be the ‘odd man out’. That’s not necessarily so. In fact, in some business traits China and Spain are more similar to each other.

China is an ancient culture. Written records in China date back to 1500 BC. And ancient philosophies of Confucianism and Taoism, which blossomed during the period from 722–476 BC, still have an enormous influence on Chinese culture.

Australia became an independent nation in 1901 after 113 years as a British colony. Yet although the indigenous cultures in Australia are the oldest living cultural history in the world, the indigenous Aboriginal population has minimal influence on Australia's business world.

Spain is officially the Kingdom of Spain and although it is mostly located in Europe, it has a border with Africa and includes two cities on the African mainland and several islands near the African coast. The modern version of the country was created in the 1400s.

Assuming all Asians have a similar culture would be as incorrect as assuming all Europeans have the same outlook and will behave alike. The chart below shows that the differences in business culture between Australia, China, and Spain is anything but as simple as East vs. West.

Status and hierarchyManagement in many businesses is flat. Information and responsibility flows up and down or sideways. Everyone feels empowered enough to participate.Management is generally hierarchical. Information is passed down on an ‘as-needed’ basis. Age is worthy of respect in and of itself.Management is very hierarchical, and people expect to work within clearly established lines of authority. All important decisions are made by the boss.

ContractsContracts are a core component of business relationships. Australians depend upon binding contracts for clarity and understanding in the relationship.Contracts are seen as a snapshot in time, a prelude to future negotiations. Contracts are a guideline, secondary to the relationship.Lengthy written contracts usually spell out detailed terms and conditions. Yet writing up and signing the contract is a formality. Spaniards believe the primary strength of an agreement lies in the partners’ commitment rather than the written word.

Business styleBusiness people are often direct and do not hesitate to discuss needs and wants up front.Business people are often indirect, rarely cutting to the chase in meetings, reluctant to explain their interests or ultimate goals and desires.Leveraging relationships is an important element in negotiating. Meetings start with small talk, which can be extensive.

Relationships Personal relationships are important, but not critical in getting business deals done. Trust can be found in outsiders as well as one’s own in-group. Reciprocity can be seen as, at best, annoying and, and worst, a bribe.Reciprocity is fundamental. Winning and maintaining the favor of others, especially those who exert power, is key. Individuals seek trust and closeness from their own in-group. If a Chinese business person helps someone out, they expect to be repaid at some point.Personal networks rely mostly on strong friendships that also represent dependable mutual obligations. Business relationships in this country exist between people, not necessarily between companies.

Role of government Lobbying groups can have influence on government, but there is a clear demarcation between business and governmentChina’s planned economy is closely tied to the government. Key government agencies and officials set targets and policies for business.Recent reforms have streamlined procedures for setting up a business and reduced licensing requirements. Labor regulations and price controls exist. 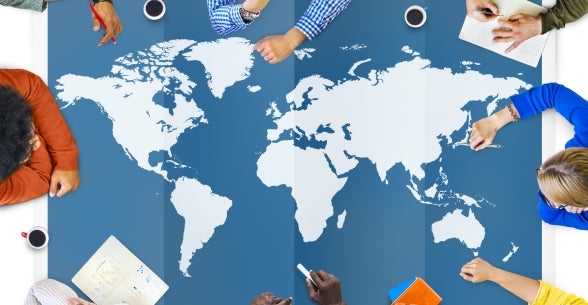 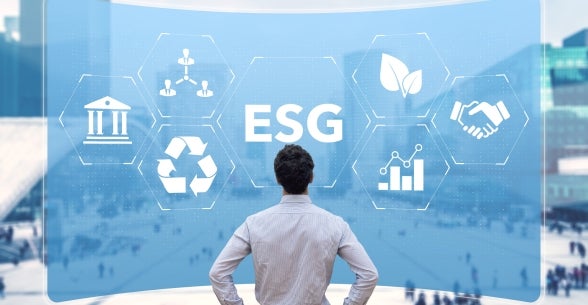