The Fourth Industrial Revolution has offered tremendous advancements in technology – at a faster rate than ever before. In a short period of time, our society went from dial-up internet to having internet access at our fingertips whenever and wherever we want it. According to the Washington Post, in 2000, only half of Americans had broadband access at home. Today, that number is over 90%, according to Pew Research Center.

The Fourth Industrial Revolution has offered tremendous advancements in technology – at a faster rate than ever before. In a short period of time, our society went from dial-up internet to having internet access at our fingertips whenever and wherever we want it. According to the Washington Post, in 2000, only half of Americans had broadband access at home. Today, that number is over 90%, according to Pew Research Center. Many consider access to the internet a basic necessity due to our heavy reliance on it for education, work, social connections, and much more.

As technologies have advanced, humans have begun to focus more heavily on the metaverse, or Web3 – the next iteration of the internet. However, the idea of the metaverse is not new. Examples can be found in Stanley Weinbaum’s 1935 book, Pygmalion’s Spectacles, Neil Stevenson's 1982 novel, Snow Crash, and Ernest Cline’s 2011 book, Ready Player One, along with countless movies. We are starting to see some really amazing advancements and applications of metaverse technologies. Although still in the early stages, the fifth wave of innovation will enable us to capture the full potential of the metaverse and bring it to life.

What Exactly is the Metaverse?

Many experts, including myself, have been asked to define the metaverse because, to be honest, there’s a lot of confusion over what it is and what it means. The metaverse is an ecosystem where digital and physical worlds collide. It’s a realm where people can be anything they want and a place where they can create personalized digital identities. The metaverse is also a computing environment where people can engage and connect based on particular metaverse capabilities and personal inner desires. It’s a total shift in the way we interact and engage with technology and content.

One of the biggest differences between the first two iterations of the internet – Web1 and Web2 – is that Web3 is more dynamic. Instead of just participating in an internet that other people own and have control over – think social media platforms – Web3 allows people to develop ecosystems, create and sell intellectual property, and design customized avatars to match any personality. And people don’t need a degree in coding to do it.

The proliferation of metaverse technologies – spatial computing such as extended reality (XR), which includes augmented reality (AR), mixed reality (MR), and virtual reality (VR), along with artificial intelligence (AI), blockchain, non-fungible tokens (NFTs), Internet of Things (IoT), and many others – marks a distinct moment in history. We are entering into a new world where technology is no longer going to be a heads down engagement; it’s going to be heads up, all around us  – creating a truly immersive experience.

The metaverse is disrupting the way people view, engage with, and absorb content and the ways in which companies deliver it. Ad agencies and big brands are reimagining the customer experience and creating interfaces that are meant to be viewed and explored in this see-through, heads-up, spatial format. They are figuring out ways to recreate and retell stories for the new customer in this new technological era.

While the metaverse is still in the beginning stages of development and implementation, it is growing rapidly. “In the first five months of 2022, more than $120 billion have been invested in building out metaverse technology and infrastructure,” according to McKinsey. “That’s more than double the $57 billion invested in all of 2021.”

McKinsey is projecting that annual global spending – by businesses and consumers – related to the metaverse could reach $5 trillion by 2030. Of that total, they’re estimating e-commerce in the metaverse will make up approximately $2 trillion to $2.6 trillion, while virtual advertising will make up $144 billion to $206 billion.

Metaverse Technology is a Catalyst for Major Change

Even though we’re still in the early stages, there have been incredible advancements since I joined this fast-moving, innovative industry in 2010. In 2011, I created a company that is focused on creating digital innovation for historical, iconic estates, and it’s been exciting to work on different projects in major league sports, movies and music, and space. I’ve worked on creating the MVP Experience with Patrick Mahomes, the quarterback for the National Football League’s Kansas City Chiefs. The MVP Experience was released on the Oculus Quest headset a little over a year ago and has been doing very well.

We also helped bring Major League Baseball into this space by collaborating with the estates to create Jackie Robinson and Lou Gehrig NFTs, leveraging this new tech to extend their legacies. Additionally, we’ve had the privilege of working with the U.S. Military’s Space Force division. We brought them into the metaverse and created Neil Armstrong digital rockets and satellites that were sold as NFTs on multiple blockchains and multiple NFT marketplaces. Right now, we’re working on several other large projects that we’re excited to announce this year.

Through these experiences, I’ve seen a major shift toward the metaverse. Today, the biggest brands and the brightest minds in the world are dedicating large amounts of capital to metaverse-related activities and technologies. AR and VR technologies in particular, are in a breakthrough stage. Recently, Meta Platforms, Inc. (formerly Facebook, Inc.) partnered with Ray-Ban to launch multiple variations of mixed reality supercomputing glasses over the next year. Apple is also working on an AR/VR headset and smart glasses. Chinese start-up Nreal, launched their AR glasses in the spring, and India’s Jio, part of Reliance Industries, created the Jio Glass mixed reality headset. There are countless others around the globe working on similar devices. In the next 12-24 months, we're going to see a huge shift toward extended reality technologies.

While many of these examples are entertainment-driven, the technologies that are being developed have amazing potential in many industries such as health care, commerce, and education – like we’re seeing at Thunderbird's state-of-the-art global headquarters. I don’t believe there will be any industry untouched by this new wave of technology. The metaverse is the future, and it’s going to change how we live, work, and interact with the world around us.

This historical shift is creating new opportunities for people in every industry. To reach the full potential of Web3, we need professionals and leaders who can utilize metaverse tech and lead and manage in this new space. Thunderbird is a trailblazer in this space and is committed to educating and preparing these new leaders. It’s been an honor to cocreate and run one of the first programs dedicated to the metaverse.

In 2021, Thunderbird Professor and Senior Director of Innovation and Research Patrick Lynch, and I co-created a Metaverse and Global Economy course based on our research and experience and vision from Dean Sanjeev Khagram. The course was a huge success, and after hearing such great feedback, we decided to take it to the next level. We designed the Global Leadership and Frontier Tech in the Age of Metaverse Commerce executive certificate program and will be hosting the first cohort this November 2022. The executive certificate covers everything taught in the Metaverse and Global Economy class, but it has been refined to meet the needs of global and digital managers, leaders, and executives in a five-day program.

Attendees will explore cutting-edge technologies, gain a robust understanding of how these technologies can impact and disrupt business ecosystems, and gain exposure to theory and practice through extended reality exercises. They will exchange ideas with other leaders from across sectors facing similar challenges and emerge with a framework of knowing what level of leadership investment to make on these key technologies. It is a transformative course that is taught by professors that are not only well-versed in the industry but we are also experienced, active participants in the industry. 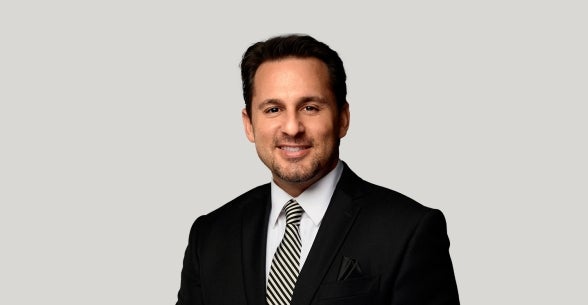 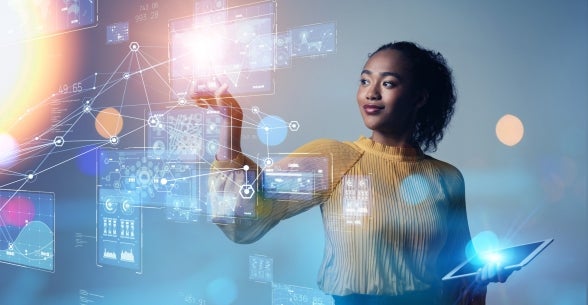 Each day, we produce roughly 2.5 quintillion bytes of data, and that number will only increase. Without analytics, data is virtually useless. That’s...
Analytics
Technology 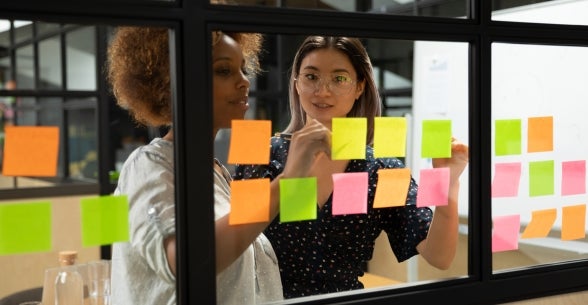