In a webinar conversation with Dean and Director General Sanjeev Khagram, Thunderbird Professor of Practice and Director of China Initiatives Doug Guthrie talked about how Xi Jinping, trade wars, and COVID-19 have changed the rules for doing business in China, and what to expect as China is poised to surpass the U.S. as the most powerful economy in the world.

In a webinar conversation with Dean and Director General Sanjeev Khagram, Thunderbird Professor of Practice and Director of China Initiatives Doug Guthrie talked about how Xi Jinping, trade wars, and COVID-19 have changed the rules for doing business in China, and what to expect as China is poised to surpass the U.S. as the most powerful economy in the world.

That’s the question Guthrie usually begins with, because the answer is often wrong – or at least, incomplete. “I find it frustrating how narrow the presentation of China often is,” he said. “Many people think about China as this copycat economy that's just knocking off things from the West. That’s historically inaccurate; China was the most innovative economy in the world by far from about the turn of the millennium to about 1400 AD. And even today, if you think about high speed rail or supercomputers or biotechnology or renewable energy, China is really doing amazing things.”

China’s modern transformation began in 1979 when Deng Xiaoping came to the United States to normalize relations with then-President Jimmy Carter. But he didn’t only visit Washington, D.C. He also went to Atlanta, Seattle, and Houston. Why? Guthrie explained, “To understand consumer economics, he visited Coca-Cola. To understand complex manufacturing, he visited Boeing. And to understand how to get to space, he visited NASA.”

Later that year, under a new joint venture law, Coca-Cola and Boeing were the first American companies to move into China. The rest of Deng’s tenure followed much the same track as he continued to focus on opening up China for manufacturing, to fuel the export-led economy.

In 2001, China became a member of the World Trade Organization and – not coincidentally – later that year welcomed Apple into the country. Under the leadership of Jiang Zemin and Hu Jintao, “From 2001 until 2013 it was sort of a free-for-all for foreign companies in China,” Guthrie said.

The era of Xi Jinping has been completely different. Guthrie explained, “Xi assumed power in 2013 with a laser focus on China taking what is seen as its rightful position as the most powerful nation on earth. To that end, Xi is a much more aggressive authoritarian strongman than we’ve ever seen before. What we’ve seen over the past seven years is the most aggressive consolidation of power since Mao. And it’s the most aggressive period of social control we’ve ever seen in modern history.”

“What we’ve seen in China over the past seven years is the most aggressive consolidation of power since Mao.” - Click to Tweet

Add into this era of aggressive authoritarianism the election of Donald Trump on a platform of stopping China from “stealing” American jobs, and now the COVID-19 pandemic and economic crisis, and it’s a perfect storm for global business chaos. But understanding the new realities of engagement in China can help business leaders plan effective strategies.

“China may be ahead of the United States already in terms of GDP or at the very least is very close,” explained Dean and Director General Sanjeev Khagram as he opened the conversation. “The most conservative estimates suggest that in the next 2-5 years, China will overtake the United States, accelerated by the COVID-19 pandemic.”

In terms of the economic impact of COVID-19, China is better positioned to bounce back more quickly, Guthrie said. He expects a “major hit” to China’s GDP growth in the second quarter of 2020, but that China will end the year at 3-4% growth.

“There is no question that China will be the largest and most powerful economy on the planet. Hands down.” Guthrie explained, “The manufacturing infrastructure is so much more robust there than in the United States. The U.S. used to have a very powerful manufacturing economy. But as we made the transition to a service-led economy, we let a lot of those manufacturing jobs go away. We can't just rebuild them through tariffs. They have to be rebuilt through vocational education and increased labor force.”

“Estimates suggest that in the next 2-5 years, China’s GDP will overtake the U.S.’s, accelerated by the COVID-19 pandemic.” - Click to Tweet

China’s growing power is not only in areas vacated by the United States. China is also building its own agreements. Guthrie explained one, “There's the Belt and Road Initiative, which is going to transform not just China, but the way that China interacts with Africa, the Middle East, parts of Europe, and South America. It's a major policy initiative that is set up to help China recapture its position of power that it controlled during the Ming Dynasty.”

Given China’s growing economic and political power, combined with U.S. companies’ reliance on Chinese manufacturers, and to an increasing extent, consumers, the United States’ power in trade negotiations is waning. “If we get into a deeper trade war with China, there's no way the U.S. wins,” Guthrie said.

“If we get into a deeper trade war with China, there's no way the U.S. wins.” - Click to Tweet

Part of Xi Jinping’s aggressive focus has been the transition from export-led growth to investment-led growth and eventually to consumption-led growth. It’s a transition that has proved difficult for other countries, as it often leads to what economists refer to as the middle income trap, where countries dominate in low-skill manufacturing but get stuck there, unable to advance further. To avoid that fate, China is taking pages out of the playbooks of South Korea, Japan, Taiwan, Singapore, and to a smaller extent, Hong Kong, Guthrie said.

“Despite his authoritarian leanings, Xi Jinping has been so smart at making alliances with the major companies in the tech sector. He has turned them into major investment companies. Anybody who underestimates companies like Alibaba, Tencent, and Huawei is making a huge mistake,” Guthrie said.

That’s not only, or even primarily, because those companies operate in a market four times the size of the U.S. Guthrie explained, “This is not about 1.4 billion Chinese consumers. This is about the Chinese government positioning Huawei, Tencent, and Alibaba to take strong positions in the world. And the fact that Britain, one of our closest allies, has recently decided that Huawei 5G is a play for them, I think tells you something about how these companies are going to dominate.”

Xi has also overseen a much more aggressive stance toward foreign technology companies doing business in China. Guthrie explained, “We’ve seen a major transformation in terms of control of what companies are able to do in China. China is holding a lot of the cards right now. It's really always been about technology transfer, at least as long as I've been working with foreign companies that were investing in China. But it's a much more aggressive time now than we've ever seen.”

Reality #3: Companies Can’t Just Up and Move Their Supply Chains

“When I was working at Apple, I would hear constant drumbeats about the question of ‘Why can't Apple just leave China and go to India?’” Guthrie said. “The answer is that there are fundamental reasons why companies like Apple are married to China. And it has to do with the fact that China's supply chain is the most dynamic supply chain that I've ever seen or studied. And it's radically different than other places.”

China has the world’s largest migrant workforce. Also known as the ‘floating population,’ it’s about 250 million people strong. Guthrie explained, “The migrant laborers don't work in a given factory. They are organized by state-owned companies called dispatch labor companies that assign laborers to wherever they’re needed. So companies like Foxconn, which does final assembly for Apple, don't have to employ laborers for the full year. They can employ them just when they want or need to.”

The advantages for companies with supply chains in China are huge. Take Apple, for example. The company accounts for about 30% of the world’s smartphone sales, yet 90% of the profits in that segment. The reason, Guthrie explained, “is because Apple is so smart at controlling the supply chain in ways that that you can only do in China.”

Another critical aspect of China’s manufacturing dominance is its vocational technical labor force. Guthrie explained, “If you're doing massive line layout for a client like Apple, you need a lot of people to do the work, but you also need probably 10% of that labor force to actually monitor the lines. Those people have to be vocationally trained.”

“Many U.S. leaders talk about moving manufacturing from China back to the U.S. but it’s not possible without the migrant labor force or the vocationally trained population that China has.” - Click to Tweet

What Business Leaders Can Do

“There is a serious political detente happening in the U.S. and China,” Guthrie said. “There's a battle that's going to come down.” But he’s not entirely pessimistic. “Just like Thunderbird, I'm a big advocate of multilateralism and collaboration and cooperation. We need to do this and we need to do it through business.” 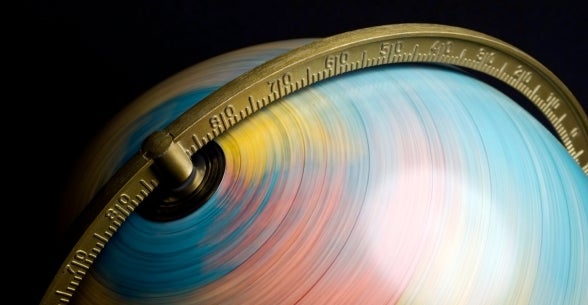 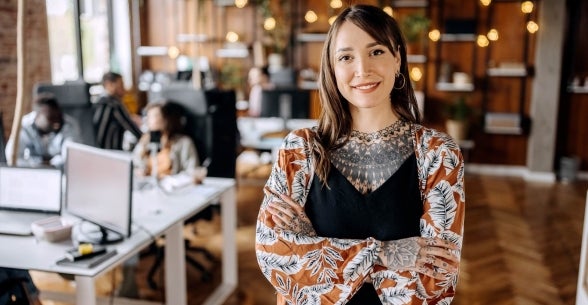 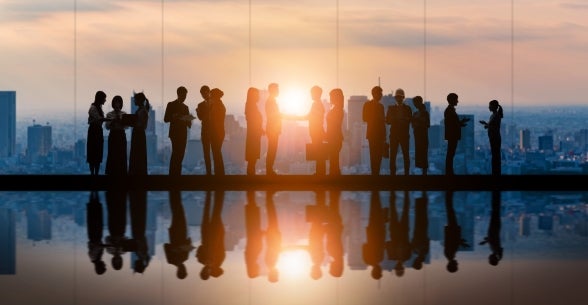