11/14/22
In 2020, China dethroned the United States from the top of the Fortune Global 500. In 2021, China extended its lead with 13 more firms on the list than the U.S. (135 vs. 122). This change is rather stunning, considering that in 1995 when the list was first published China had only three firms on the entire list.
Globalization
Author:
Allen Morrison

In 2020, China dethroned the United States from the top of the Fortune Global 500. In 2021, China extended its lead with 13 more firms on the list than the U.S. (135 vs. 122). This change is rather stunning, considering that in 1995 when the list was first published China had only three firms on the entire list. Compared to the U.S., China is now punching significantly above its weight with an extra 48 firms on the Global 500 list. Today, China has a growing number of giant firms and its largest firms are growing much faster than its overall economy and much faster than those in the U.S.

What accounts for this spectacular rise of large Chinese firms? As my co-author INSEAD professor Stewart Black and I report in our upcoming book, Global Enterprise: Adopting a Competitive Strategy for Business Success, the disproportionate growth of large Chinese firms relative to the economy is rooted in its unique business model, in which it has essentially eliminated the traditional separation of commercial enterprises and government. Western companies ignore this model at their peril.

The Chinese State, including its central, provincial, and municipal governments, is the largest entity on the planet by employment – 386 million – and the second largest by revenue – $3.19 trillion in fiscal revenues. Although Beijing no doubt plays a prominent role, the central government is only part of the State picture, capturing 45% of total State revenues in 2021. Often overlooked are the powerful provincial and municipal governments, which took in 55% of all fiscal revenues – $1.74 trillion in total.

Enterprise China consists of roughly 150,000 state owned enterprises (SOEs). The scale and scope of China’s SOEs – whether controlled by the central, provincial, or municipal governments – are staggering. Collectively, SOEs account for between 30-40% of China’s economy, bring in over $9.8 trillion in revenue, and constitute 61% of all Chinese firms on the Fortune Global 500 list. Their economic production is about the same as the nominal GDP of Germany and larger than the economies of India and France.

The scale and scope of Enterprise China is not limited to SOEs. In fact, evidence abounds of the State’s ability and willingness to exert significant influence – at times,

outright control – over private firms. We refer to these entities as State-Influenced Enterprises (SIEs). SIEs are heavily guided in their strategies, partnerships, access to financial markets, and even leadership by the State. They understand that no matter how big they are or where their stocks are listed, the State calls the shots.

Yes, Enterprise China has a Strategy

As an entity, Enterprise China has a strategy that it has been refining and communicating to all those who would listen. It consists of three pillars. The first is eliminating external dependencies on foreign products and technologies. The second is dominating domestically. In strategic sectors, China has targeted market shares for domestic firms at roughly 70%. In some segments, it is even higher. The third pillar is winning globally – in essence flipping the dependency relationships of the past. Supporting each of these three strategic pillars are a myriad of initiatives including Made in China 2025, China Standards 2035, and the Belt and Road initiative, amongst many others.

The biggest mistake of foreign executives is their failure to apply competitive analysis to Enterprise China and not just to enterprises in China. By focusing on single Chinese firms, they come up short in assessing the risks, opportunities, and appropriate strategic options and actions.

Given the unprecedented size and scope of Enterprise China and considering its overarching competitive strategy and disciplined execution, what are the implications for foreign executives and organizations? In our book, Enterprise China, we share four high-level suggestions for Western firms:

1. Take the Wide View: Don’t Mistake What is Visible for What is Important

When you can see many multi-billion-dollar Chinese enterprises directly in front of you, it is easy to not see or lose sight of the multi-trillion-dollar monolith that lies behind the curtain. We don’t believe that new competitive analytic concepts and tools are needed when it comes to China; we simply need to apply them also at the Enterprise China level.

has the power and relationships required to open doors, secure contracts, and facilitate transactions. These relationships are difficult to alter because the dependency inherent in them is hard for foreign firms to escape. This makes foreign company strategies less flexible and fluid than they may be in a pure market setting. As uncertainty and risks rise, foreign companies need real options in their interfaces with China.

Companies doing business in and around China face significant reputational risks. What is said and done by a company’s leaders in China may reverberate around the world. Likewise, a company’s actions and communications outside China can be highly damaging to a company’s reputation in China. Generally, reputational risks come in two forms: those that are based on cross-cultural misunderstandings, and those that result from the perception of being overly “cozy” with the Chinese State. Missteps on either dimension can be damaging to a company’s reputation and difficult to repair. Yet most companies do a poor job defining what is important to their reputation and following up with training and monitoring employee behaviors.

Given the challenges of competing in China, especially if a firm operates in one of China’s targeted sectors, having experienced and competent leaders is critical. Failure to provide enough China-savvy leaders can be dangerous given the rise and ambitions of Enterprise China. Expatriates assigned to China need better preparation before they leave and longer-duration assignments once they arrive in country. Increasingly, foreign companies also need to develop, nurture, and deploy Chinese managers and leaders who have full language fluency. In a typical U.S. company, our research shows that only about 2% of the senior leadership is ethnically Chinese and only half of these leaders are fluent in Mandarin. Yet to succeed in China and compete effectively with Enterprise China, foreign firms in China will need to rely more and more on both Chinese expatriates and local Chinese managers. Developing these China-savvy employees needs to become a priority for an increasing number of Western firms.

For too long, Western leaders have failed to fully understand or respect China’s business model. Using a broad brush, they have viewed China’s state dominated, network-centric model as inferior to traditional single entity models. Rather than wishing for the demise of Enterprise China, Western leaders would be better served honing their China-centric skills while mastering two competing paradigms.

Enterprise China’s determination to pursue its competitive strategy should not be underestimated. As fiery as his rhetoric was in the summer of 2021, President Xi’s warning that any nation that tries to “bully, oppress, or subjugate [China]… will find [itself] on a collision course with a steel wall forged by 1.4 billion people” is only half the picture. Enterprise China’s competitive strategy is not just about protecting itself from foreign invaders; it is more fully about “going out” and influencing the world. Only in shaping the world can it control its own destiny.

The recent third term appointment of Xi Jinping has heightened concerns that China will move even more aggressively on the world scene. The inevitable conflicts have led some to speculate that China will be both pushed and pulled into decoupling from the rest of the world. We believe that this is not the answer, either for China or the West.  According to a recent McKinsey study, the consequences of a hard decoupling would be severe, painful, and unnecessary – costing approximately $27-34 trillion. Rather than promote decoupling, we anticipate that China will double-down on the three pillars of its Enterprise China strategy for success. The model is not going away anytime soon. Therefore, global political and business leaders should seek pathways that synthesize competing models while re-thinking how to best compete in and with China. 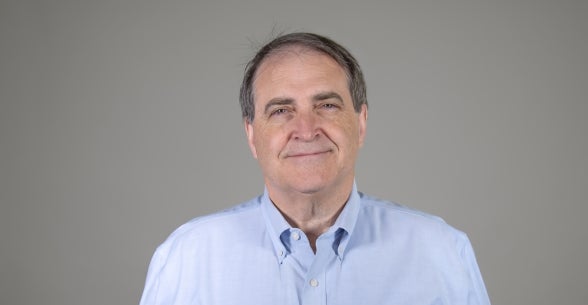 Professor of Global Strategy and Leadership 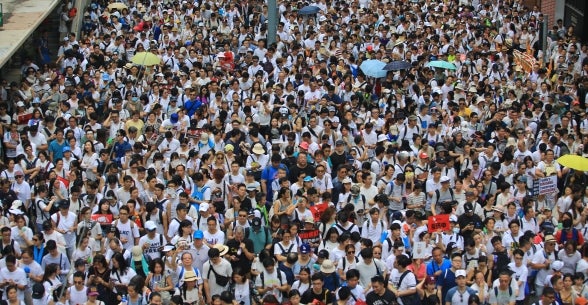 How Hong Kong's Protests are Affecting Its Economy

After nearly three months of unrest, the demonstrations in Hong Kong show no signs of slowing down. What began as opposition to a controversial...
Global Business
Global Affairs
Trade
Faculty insight